There were days I thought it would never end. When I saw Pat Speth’s North Star State Quiltalong I immediately knew I wanted to stitch along. But I also knew that the small scraps of 1930s repro (and some original) fabric that I had on hand would mean making the pieces smaller…much smaller. Yep, that star is 3″.

But, off I went, sure it was all going to be ok.

As I stitched, my ambitions had to be adjusted. NO, I wasn’t going to make a queen size quilt. Not even with borders. I finally decided that enough was enough and finished a throw quilt. It has 56 blocks, 97 setting blocks and 42 star cornerstone blocks, and it is only 60″ x 69″.

But, it is complete.

I do still recommend the pattern, but maybe have the good judgement to follow Pat’s original recipe.

Thanks for taking the time to comment. It is nice to hear from you. Cancel reply 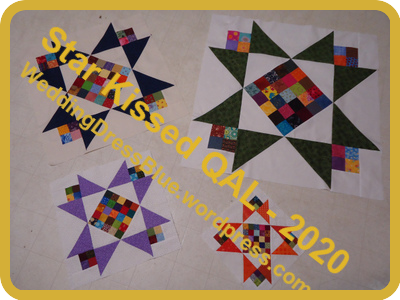 Things I Write About